Consumer cyclical stocks rebounded on Friday as US indices all closed higher. Consumer stocks also gained on the back of some relief earnings from Dollar Tree (DLTR) and Dollar General (DG). Macy’s (M) and Costco (COST) also helped sentiment. Speaking of sentiment, the University of Michigan sentiment reading on Friday was another cause for concern, but for now investors are looking to the positives. Consumers do have considerable savings to fall back on to cushion them from the effects of the current inflationary environment, but the longer inflation lasts the more these savings will be diminished.

Vinco Ventures (BBIG) stock has been struggling of late as the company announced it was to delay the proposed spin-off of Cryptyde (TYDE). The deal is now expected sometime on or about the end of the second quarter. The spin-off was due to the result in one bonus dividend share in TYDE for every ten shares held in BBIG stock, but investors seem to have been selling as the stock has suffered some notable declines to the end of last week. We remain highly skeptical on the outlook of this name.

Aterian (ATER) shares recovered ground on Friday to close 2% higher. As mentioned, equity sentiment was helped by retailers releasing solid earnings, and the beaten up sector finally saw some buying interest. ATER stock has now recovered from the earnings miss on May 9 and ended the week with three consecutive green days. This has helped Aterian, formerly Mohawk Group, to record a gain of 7% for the week. 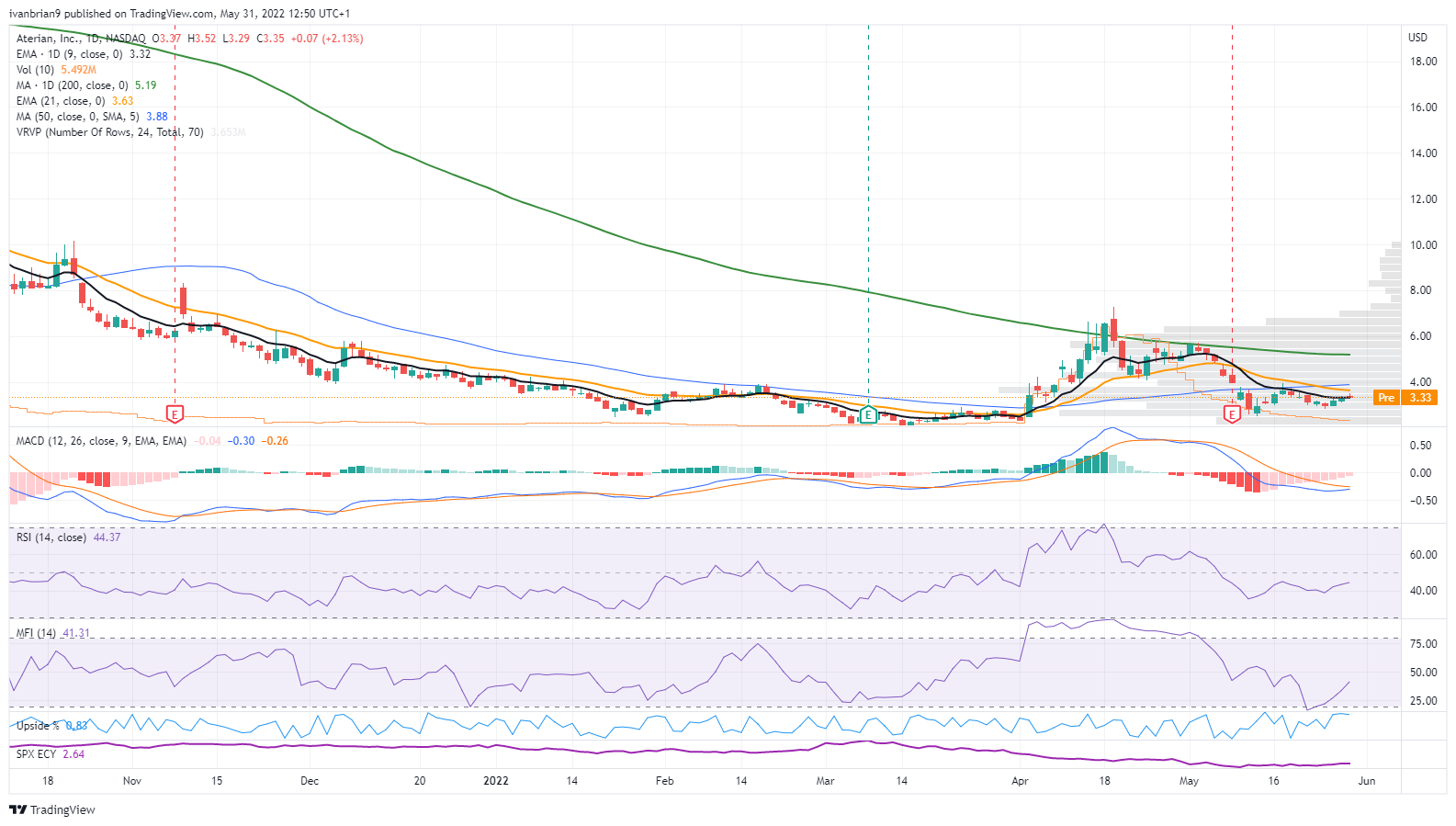 Hyliion (HYLN) stock posted some impressive gains to close out last week. 9% on Thursday was followed up with a solid 7% addition on Friday to close out the week at $3.58. That was more or less it for the week as HILN stock posted a 15% gain versus a week earlier. The catalyst was a deal with Holcim USA for Hypertruck ERX units. These allow for the conversion of diesel fueled trucks into more fuel-efficient green energy. Hypertrucks ERX uses an onboard gas generator to power its electric powertrain. 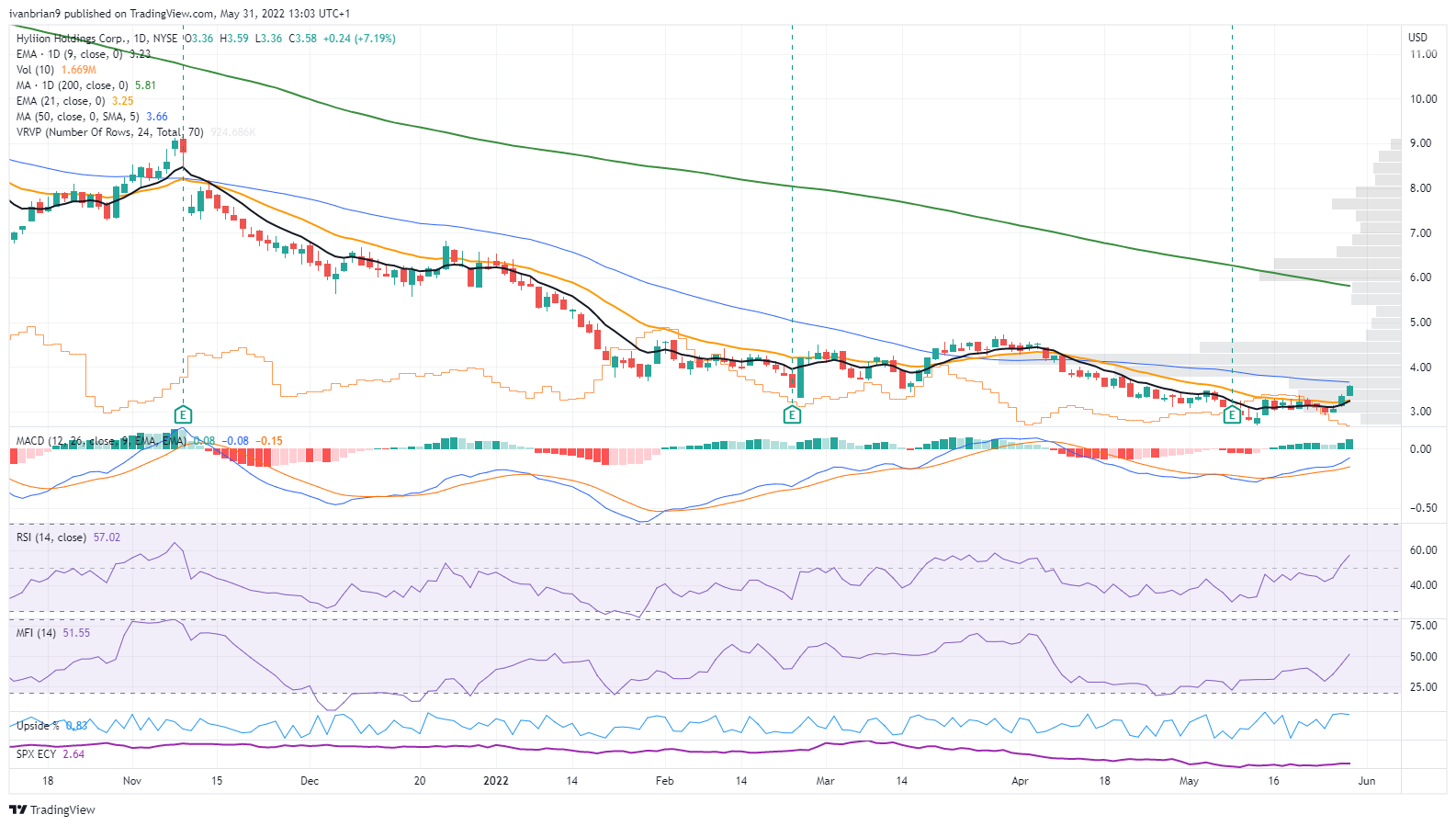 Coupang (CPNG) remains in a serious downtrend despite recently posting strong earnings. Last earnings showed a healthy beat on earnings per share (EPS), while revenue came in more or less in line with estimates. CPNG stock soared 20% after those earnings on May 11. Despite this gain, CPNG shares are down nearly 70% over the past 12 months. Director Benjamin Sun took advantage of the spike and sold over $3 million worth of shares above $13. 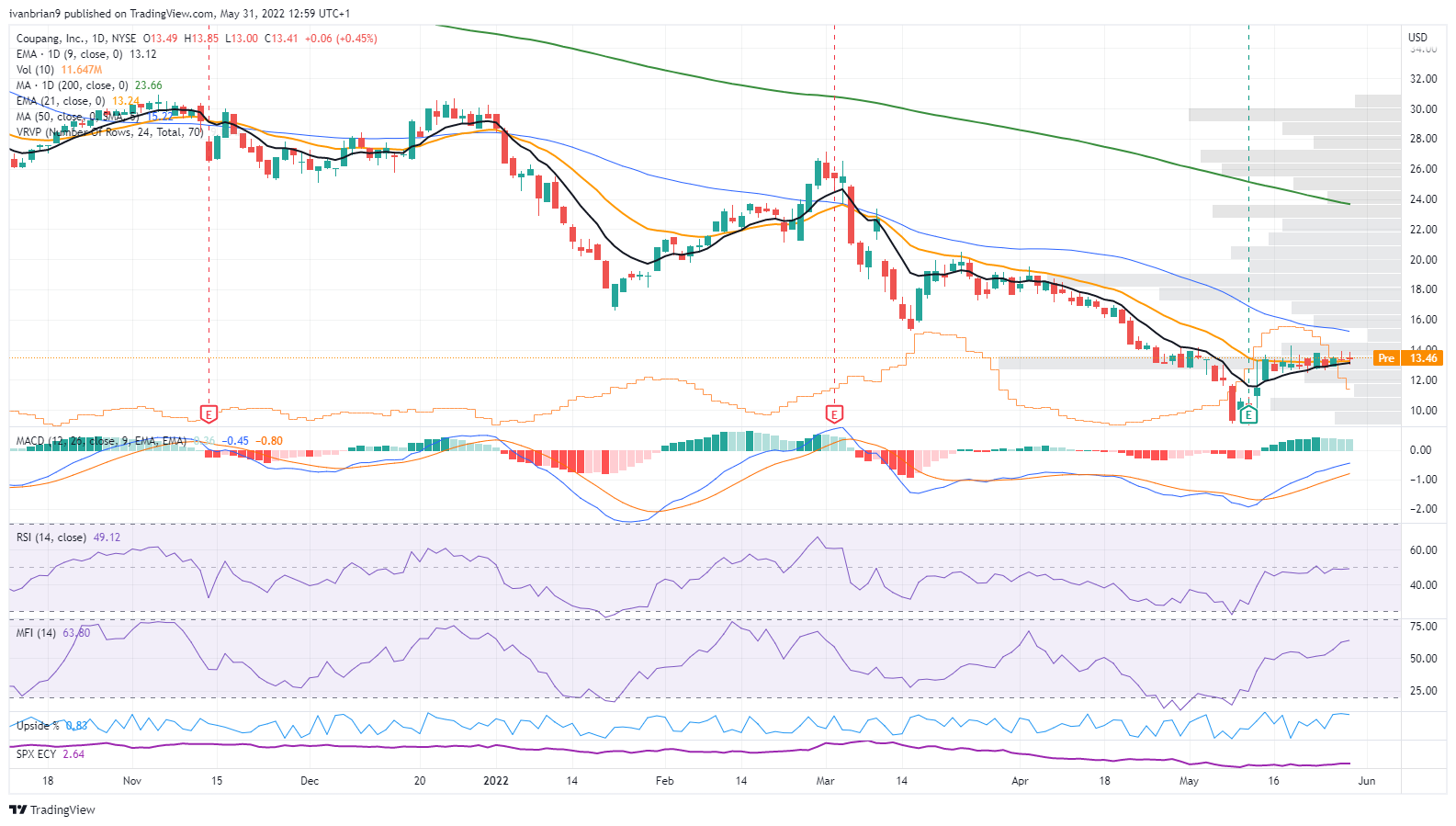 Dutch Bros (BROS) stock has now fully recovered from its 16% and then 27% post-earnings fall on May 11 and May 12. BROS stock dropped from $40 down to $20 but has since recovered to close Friday at $37.76. This is a remarkable turnaround in such a short space of time. The hard part will be sustaining the recovery. Technically speaking, markets love to fill gaps. Retracements are common, but turnarounds are less so. 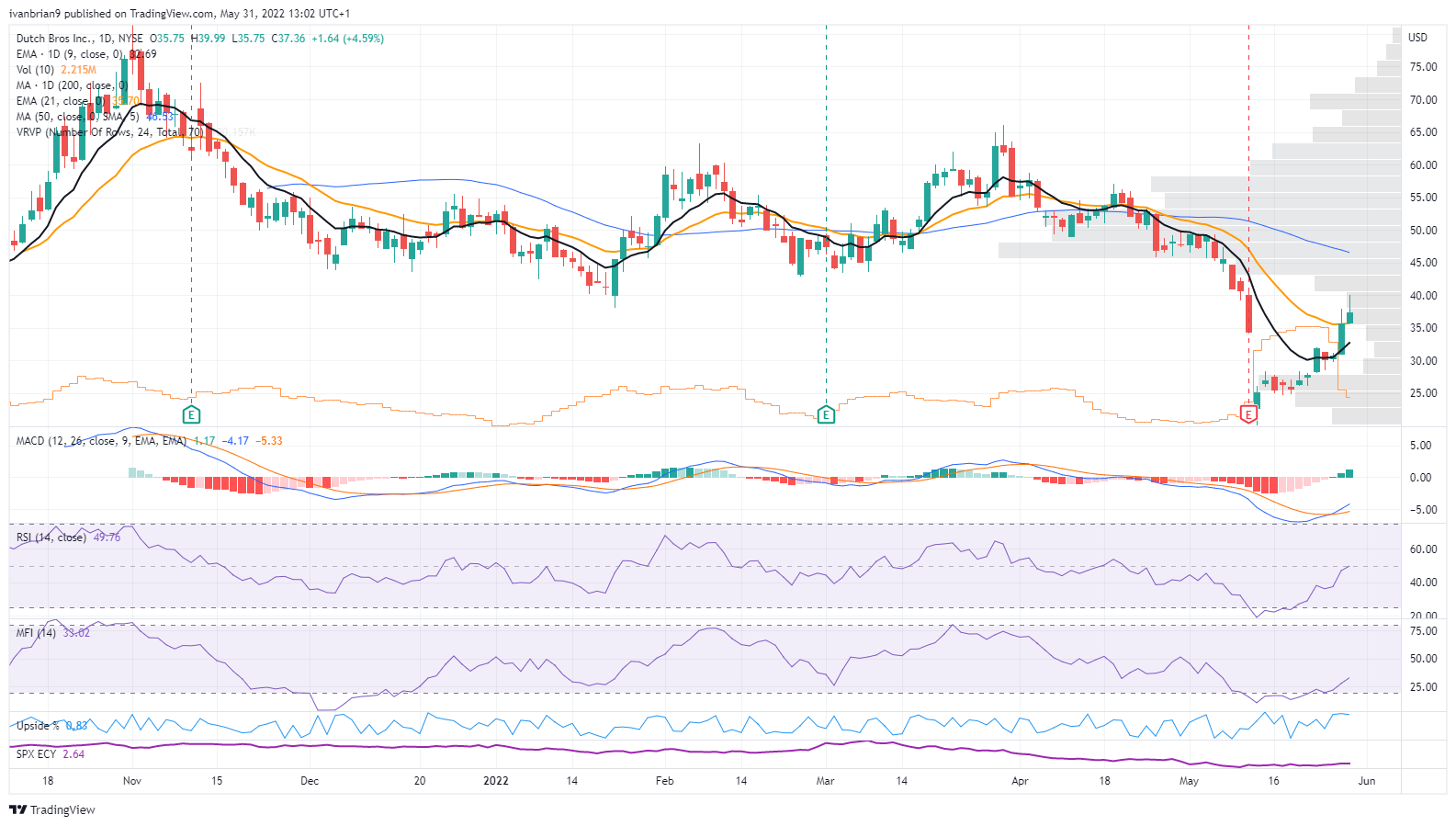 Like this article? Help us with some feedback by answering this survey: