As per the pre-Topkyo analysis on Thursday, USD/JPY Price Analysis: Bears step on advances above 136.00, the pair dropped in for a brief spell in the 135.50s before claiming all the way back above 136.00. The bulls have reclaimed the area but for how long?

It was noted that the hourly candle has all of the makings for a strong bearish close with a focus on the 135.50s. 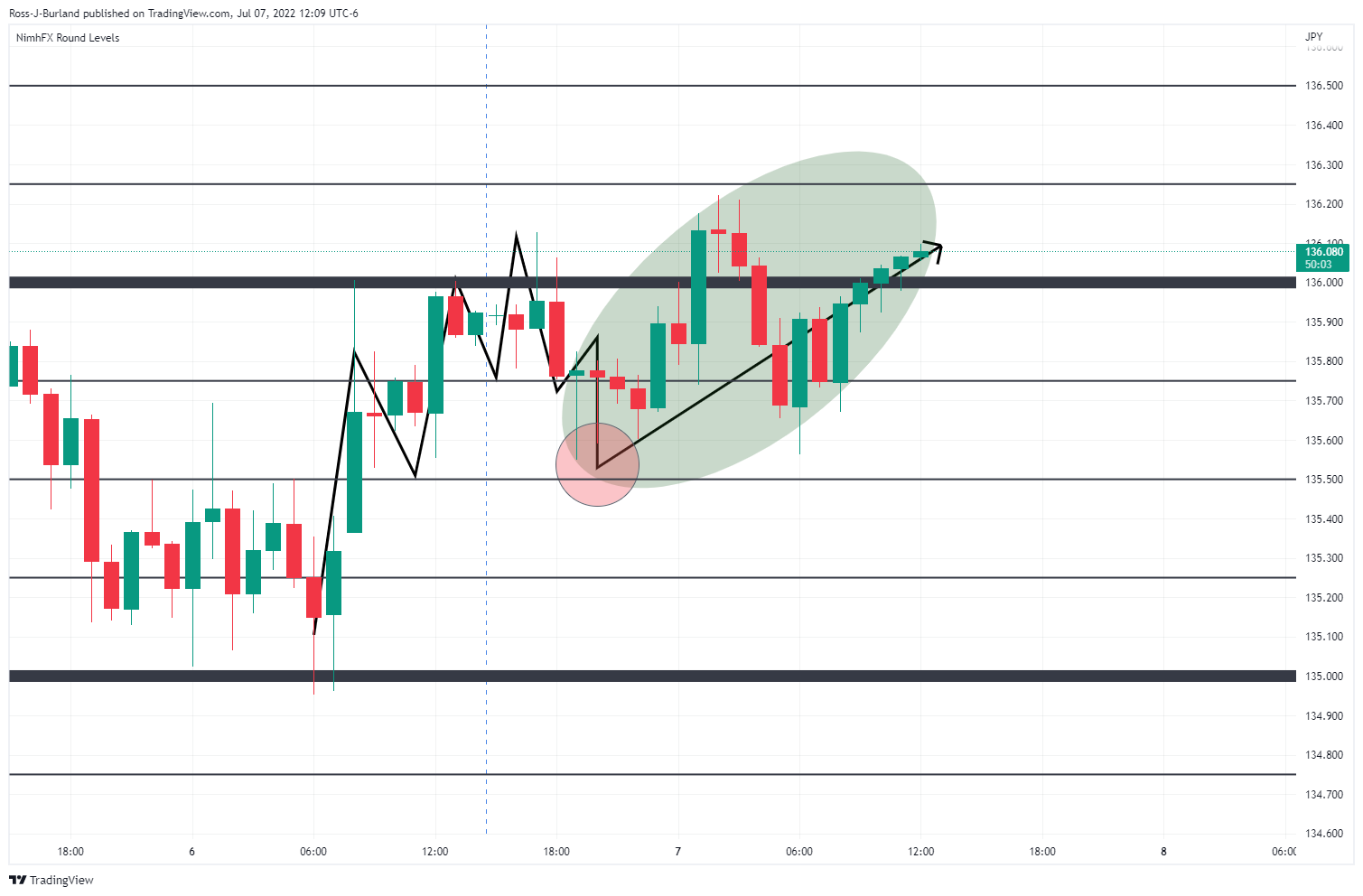 However, following a trip to the downside, the pair has crept higher with a high of 136.22 so far. Thus now begs the question,” where now?”

It could be argued that a bearish head and shoulders are being formed on the daily chart: 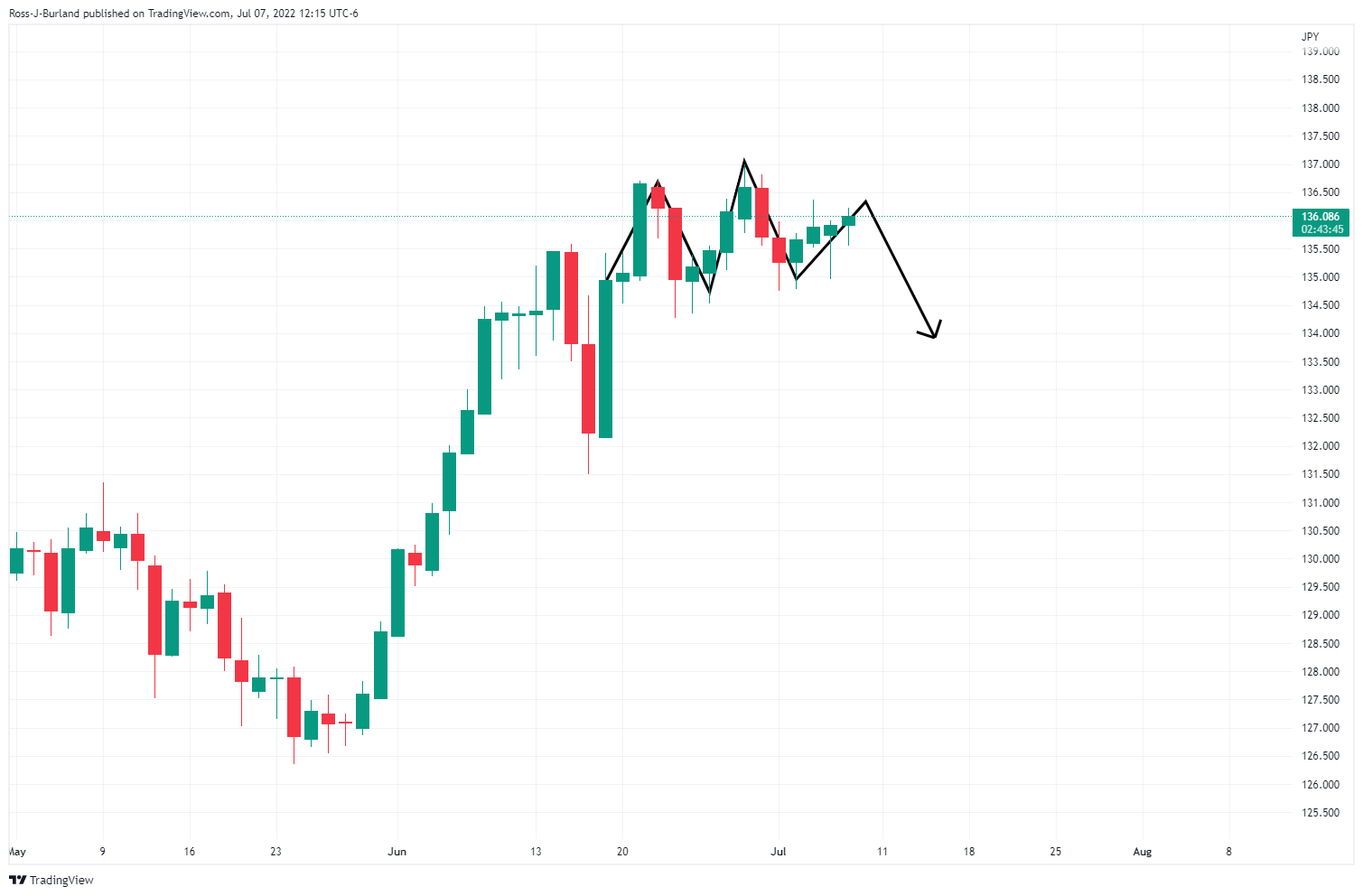 This leaves prospects of higher, but limited moves for the day ahead on the four-hour chart: 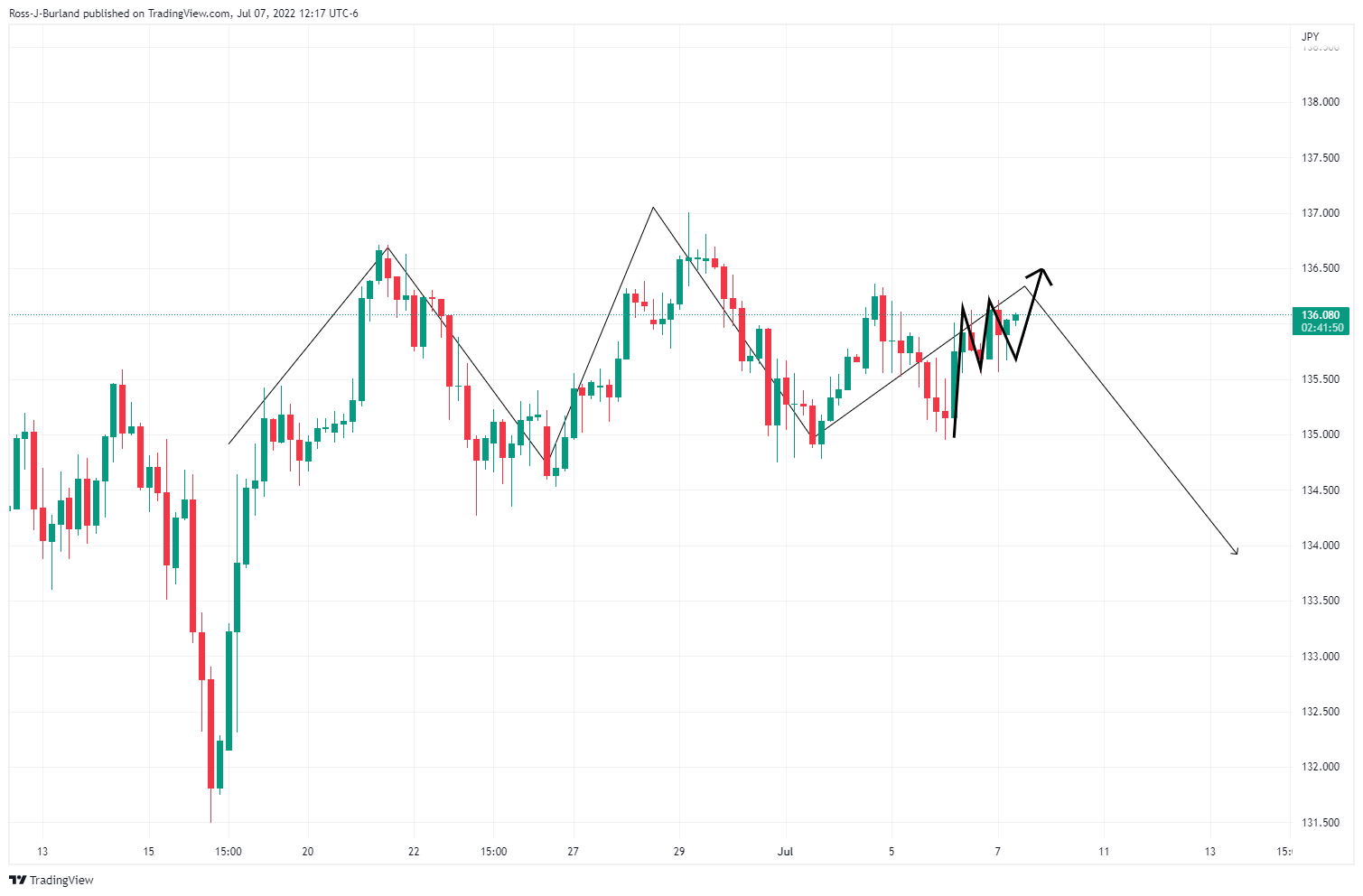