The USD/CHF is barely advancing as the Tuesday Asian session begins; After Monday’s calm session witness buyers overcoming sellers and the USD/CHF staying afloat above the 0.9600 mark. At the time of writing, the USD/CHF is trading at 0.9609.

Asian equity futures are set to open mixed on Tuesday’s session. The market narrative hasn’t changed, with high inflation and global economic slowdown, keeping investors uneasy. In the meantime, US President Joe Biden could announce a rolling back of some tariffs on China, as reported by Dow Jones.

The USD/CHF is upward biased, despite the recent downtrend originated by the Swiss National Bank (SNB) hiking rates of 0.50%, a headwind for the pair, which tumbled from the parity towards 0.9495. Since then, the USD/CHF has been staging a comeback and has broken resistance levels, like the May 27 swing low at 0.9544. the double top neckline, which opened the door to current price levels.

Oscillators aim higher, though within negative territory, but accelerate to the upside, as shown by the Relative Strenght Index (RSI).

The USD/CHF has a clear pathway to the upside in the near term. The Relative Strenght Index (RSI) at bullish territory and price action above the simple moving averages (SMAs), and a break of a three-week-old downslope trendline around 0.9775 further cement the upward bias. 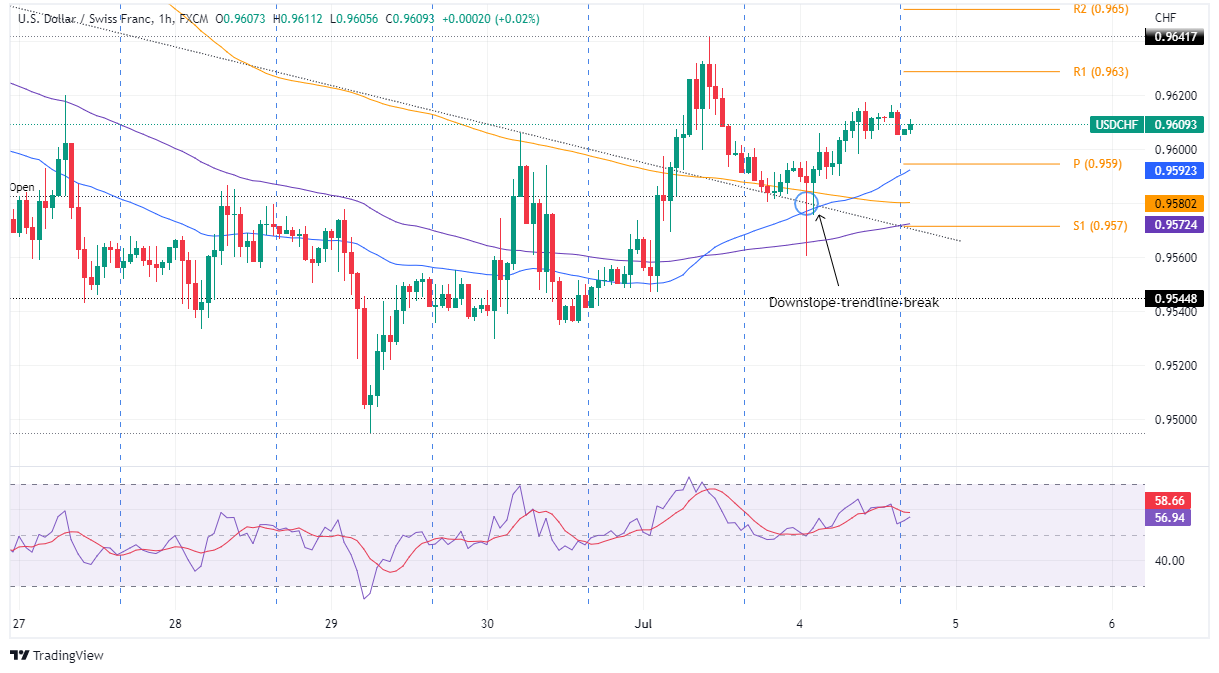