The euro garnered some favor this morning after economic and industrial data exceeded estimates (see calendar below). This could reiterate the hawkish rhetoric seen yesterday via several ECB officials including President Christine Lagarde. Although the consumer headline confidence figure slipped to record lows, the print was in line with expectations which shifted focus to the aforementioned economic and industrial metrics. Focus now shifts to central bank heads speaking later this afternoon at the ECB’s Sintra forum. 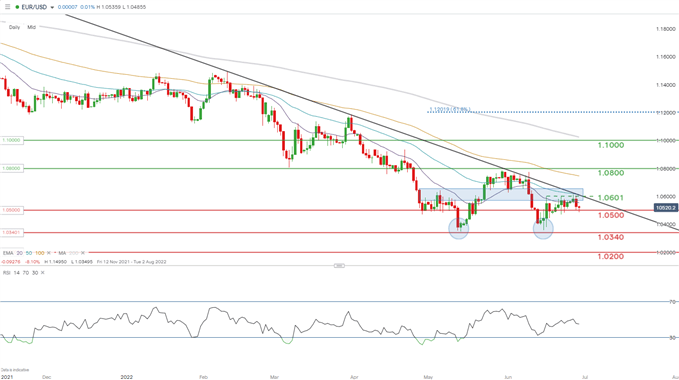 IGCS shows retail traders are currently LONG on EUR/USDwith 63% of traders currently holding long positions (as of this writing). At DailyFX we typically take a contrarian view to crowd sentiment however due to recent changes in long and short positioning we arrive at a short-term judgment disposition.