GBP/USD Price Analysis: Bulls coming up for air and eye 1.1950

GBP/USD has been propped up in the Tokyo open despite the bearish run for the start of the month that has taken the pair to the edge of the abyss at 1.1900 the figure. GBP/USD was as low as 1.1876, its lowest point in the past 52 weeks, down 4.85% for the month and 1.62% for the week. However, the bulls are stepping in at this juncture and there is a bullish bias for the day ahead.

GBP/USD outlook: Repeated close below 1.20 to keep bears in play for further drop

Cable remains at the back foot but holding just above new 28-month low (1.1898) hit after Tuesday’s 1.37% drop). Sterling was dragged by weakening Euro and pressured by recession fears and political turmoil in Britain, as two ministers of the Johnson’s cabinet resigned on Tuesday that increased odds that Boris Johnson will be replaced as Prime Minister before 2023. 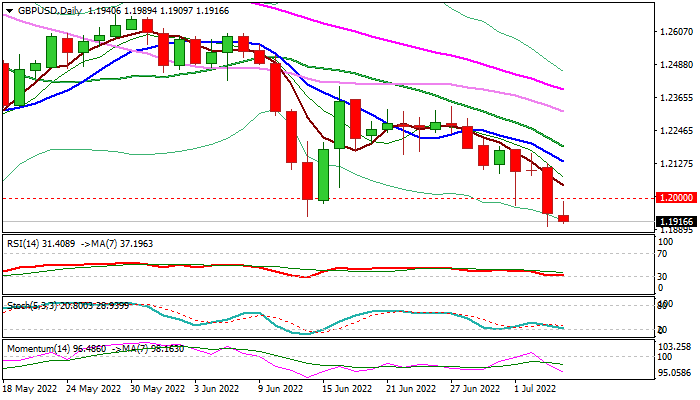