Fears of recession and elevated prices sent US Treasury bond yields nosediving, inverting the US 2s-10s yield curve, one of the most popular “leading indicators” of a recession, sitting at -0.006%, on Tuesday amidst a hopeless market sentiment as reflected by US equities registering losses between 0.28% and 0.91%. At the time of writing, the US 2-year Treasury bill rate sits at 2.822%, six basis points higher than the US 10-year Treasury note, which yields 2.816%.

Given that the US inflation has remained stubbornly higher at around 8.6%, the US Federal Reserve hiked rates by 150 bps since March 2022. That has been felt in the economy, as the US Q1 final GDP dropped by -1.6%, while also showing that consumer spending has softened and inventories remained higher than reported in May.

Meanwhile, US Fed chair Jerome Powell acknowledged that growth risks are skewed to the downside. Last Wednesday, he said that the Fed would not let the economy get into a “higher inflation regime,” even if it puts growth at risk. He reiterated that while “there is a risk” that the Fed might get the US economy into a recession, he pledged that its biggest commitment is to “restore price stability.”

In the meantime, sources quoted by Bloomberg said, “We’re not in (a recession) one right now, but the markets are a discounting mechanism, and I think the markets see the economy potentially going into one or getting closer to being one. .”

Meanwhile, the US Dollar Index, a gauge of the greenback’s value against a basket of its rivals, continues advancing, despite retracing from YTD highs around 106.792 toward 106.534, up 1.30%. 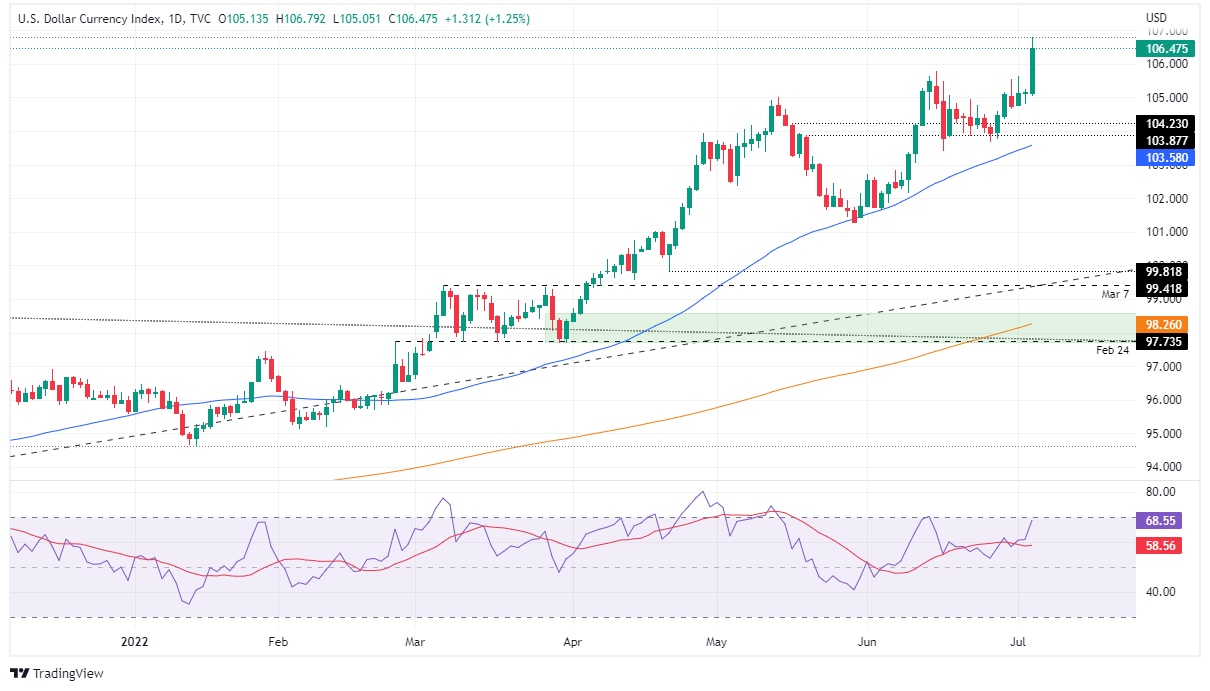